Can We Call Blockchain The New Internet? 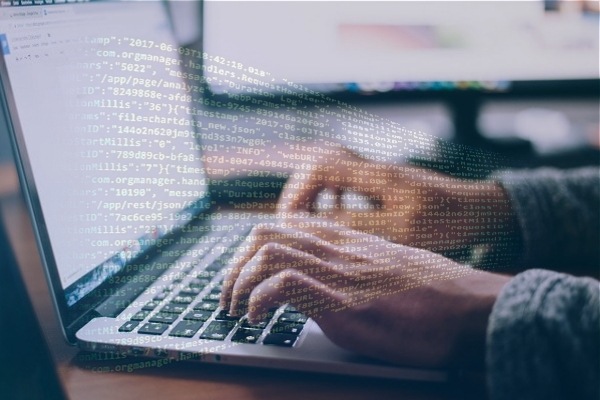 Blockchain is rightly recognized as the next big step in the evolution of technology, its impact often compared to that of the steam engine in the industrial revolution. Although the innovation is in its nascent stage, it has made significant progress in the last decade and has come a long way from being a system used just for recording Bitcoin transactions. It is now seen being implemented across several industries, such as the diamond industry, for broader applications to attain previously inconceivable results. This impact reminds one of how the internet had revolutionized how the world operates in the late 20th century.

Not surprisingly, the internet has had a huge impact on blockchain and worked to enhance both to connect users around the globe. Despite initial stages of opposition and lack of confidence in its ability to stand the test of time, it is being used by companies to integrate it with IoT.

Similarities and Differences Between Blockchain and the Internet:

When it was first introduced, the primary function of the internet was similar to that of blockchain – copying and distribution of data. As the exploration of the internet’s potential continued, it was discovered to have been used in sharing value and fashioning a digitized platform to exchange money and for trade. However, it relied heavily on third parties and intermediaries such as financial institutions and banks to validate payments.

One of the issues the internet solved by incorporating third parties was double-spending, which had impeded the growth and acceptance of digital money. With this problem taken care of, new businesses were encouraged to flourish on the internet, making increased use of digital money for transfers and payments. This created a global platform for business to grow, enabled cross border trade and settling of remittance, and easy dissemination of information. Even the market for luxury items such as diamonds expanded to online platforms to increase accessibility to international consumers.

Although until the advent of blockchain, this seemed like an ideal state for conducting online business, it was all done at unnecessarily increased costs. Every intermediary that made the operations on the internet possible charges a processing fee, and the processing time itself was a lengthy one. Although moving to online platforms expanded the diamond market, intermediaries’ presence did not make the diamond products any less expensive.

Blockchain, being a shared ledger facilitating peer to peer interaction, takes away any intermediary’s need, effectively bringing down costs and processing time. This made diamonds and diamond jewelry more affordable to many. One of the benefits of making transactions using cryptocurrency is that the virtual money’s value remains constant globally, eliminating the added process of converting fiat currencies as money travels across boundaries.

A major point of difference between blockchain and the internet is the system of data storage, which has enabled the formation of trusted networks of participants of a common area of interest. An example of this would be blockchain diamond consortia, where the membership process involves thorough KYC checks, which are permanently stored in the blockchain ledger.

The internet stored data in a centralized server that made it susceptible to cyber-attacks and the eventual compromise of millions of users’ sensitive information. The blockchain developers found an opportunity to rectify this loophole and created a system that would have a distributed storage system. The idea was to accumulate information and store it across numerous nodes that made up the blockchain network. The nodes would also be responsible for validating every transaction before it became a part of the blockchain. This effectively prevented any scope of manipulation by unauthorized actors. Additionally, since the digital ledger would be protected by complex cryptography, it made it virtually impenetrable and hacker-proof. These new developments made for a secure and reliable ecosystem for trade n the diamond industry.

Current Applications of Blockchain and the Future of the Innovation:

Blockchain brought various unique traits such as transparency, reliability, economized time and cost, increased storage capacity, and immutability. This has made it essential in supply chain management in industries such as the diamond industry, the luxury products market, food safety, automobile manufacturing, online gaming, and the finance sector.  It has made cross-border remittance hassle-free,   tracking money in the form of cryptocurrency online possible, making the economy more inclusive, and creating an all-new income area cryptocurrency exchange.

Similar to the internet, blockchain is revolutionizing the tech world. It is steadily making its way into the medical and pharmaceutical sector, shipping industry, academics, and more. Considering that blockchain is still widely unexplored, one can expect to see it finding more applications in the coming years.