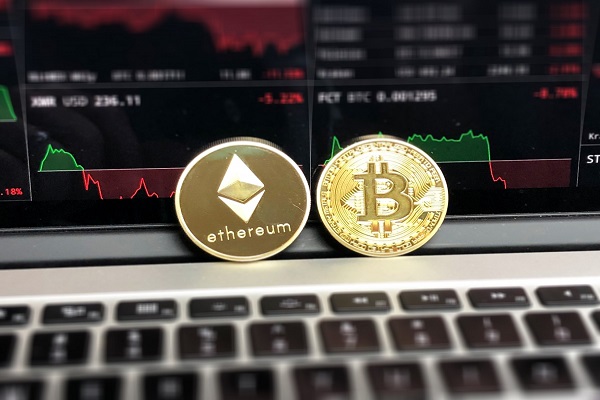 Crypto Exchanges creaked under pressure from an unprecedented high volume trading in coin markets, which has seen volatility in the past few weeks, with the decline in global share markets. The bloodbath in equity, commodities and crypto markets worldwide was caused by the worldwide COVID19 pandemic and the oil price war between OPEC partners and Russia. Market sentiments remained low.

As investors remain worried over the economic turmoil resulting from the corona virus outbreak, markets worldwide spiralled to new lows and panic gripped stock markets, oil prices and bond markets, leading to record lows in many different sectors across the economy. The Global turmoil did not even spare the crypto currency markets as well, Bitcoin plummeted to its worst performance in 7 years, plummeting to record lows of sub $5000. This had investors worried.

High volumes of cryptos moving through the exchanges have caused some of them to temporarily suspend trading operations.

The market crash of Bitcoin prices, led to record sell-offs in the sector. High volume trading happened as volatility grouped the Crypto market and this caused the underlying infrastructure to creak under the strain of high volumes trading. Futures exchanges saw large movement of crypto holdings, caused due to electronically triggered auto liquidations. This has put further pressure on Crypto prices forcing them in a downward spiral. Inter-exchange operations spiked and this caused some exchanges to temporarily shutdown, leaving investors locked out of the market for over an hour.

As the price of Bitcoin collapsed by 40%, its volatility was its highest in 7 years with large volumes of major crypto currencies moving across worldwide exchanges which soared to great volumes and billions of dollars of Crypto assets sold on major exchanges worldwide, according to data from various Crypto Analytics websites.

Intraday trading in Crypto markets, amidst falling prices, triggered mass panic in investors which led to mass selling of and high volume trading. These high volumes of cryptos moving through exchanges within short periods of time have led to massive outages in global Crypto exchanges, many of whom went offline. Some exchanges where out for less than 90 minutes and some went down many times in the course of the trading session. Though nothing out of the ordinary happened, and was expected, with the large volumes of the trades conducted through the exchanges, some technical glitches were bound to take place, according to experts in the domain.

However crypto exchanges were well prepared and soon took measures to control the situation.

However, Crypto exchanges were well prepared to face this crisis. Many exchanges immediately took care of any technical issues or glitches, impacting a subset of customers.  They immediately issued a stop option to protect the integrity of their marketplace. Some exchanges caused the market to resolve issues altogether and immediately backed up their services. They were quick to extended help to investors and traders and ensured that market services were back online, within a very short span of time. Major crypto currency exchanges worldwide, however, returned to their prior healthy working state immediately and operations resumed on their platforms.

Some exchange service providers said that they were working to solve the problem of Cyber attacks that stop traders from reaching trade engine. They were working to identify attackers at the moment they would proceed with their cyber attack to overwhelm the platform during peak volatility. The exchanges were however well prepared to deal with such cyber attacks due to the inherent nature of the decentralized ledger based backed by blockchain technology which has been the mainstay of crypto currency exchanges worldwide.

Exchanges have ensured that user data is well-protected from any outside attack by hackers at all times.

Their entire client data is encrypted and protected in a de-centralised blockchain based network, which has encrypted digital signatures which are only accessible to individual investors and traders, with each having a private access to the digital ledger. These measures ensure that Cyber attacks are thwarted and stopped immediately, by enabling the solid blockchain network, which underlines the enhanced security features and cyber protection capacity of these Crypto exchanges.

Crypto exchanges have an inbuilt security feature, which enables any change in data to happen only with the express permission of more than 50% of users on the blockchain platform, these security initiatives have ensured that user data remains protected at all times and any cyber attacks on exchanges are thwarted.

The market volatility caused by the global market crash and subsequent COVID19 pandemic, has caused fear and Paranoia which spread to join markets as well.  However, Crypto exchanges remained largely functional and were not impacted severely. The solid blockchain infrastructure underpinning these exchanges meant that most of the world’s top exchanges functioned normally during the turbulant period.

Top crypto and fintech experts worldwide are steadfast in their belief in Bitcoin’s core blockchain infrastructure is still solid enough for it to work as an alternative to traditional currencies.

Exchanges say that they are well prepared to handle large volumes of traffic and trading on their platforms, and new technologies are in the horizon which would bolster the capacity of exchanges to handle any market volatility caused by high volume traffic on their platforms.  This was evident, since a majority of exchanges have continued to operate normally in the last week when market volatility and sale of crypto’s were at their peak levels.