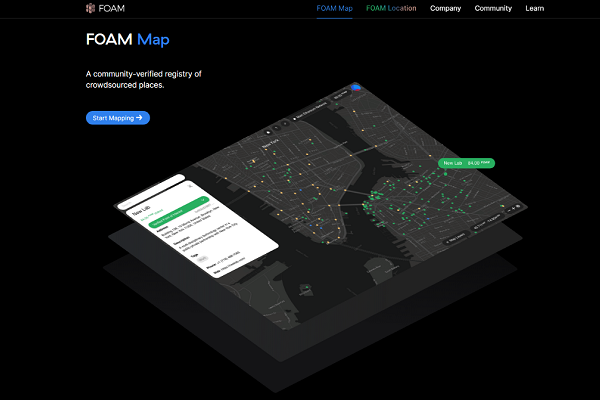 Do you remember the last time you drove somewhere new… without a GPS?

Most of us rely so much on online map services like Google or Apple Maps that we take them for granted.

But maps weren’t always so accessible… In fact, there was a time when they were guarded as national secrets.

Take the Age of Exploration. Between the 15th and 17th centuries, men like Christopher Columbus, Vasco de Gama, and Ferdinand Magellan sailed worldwide in search of new trade routes and trading partners.

Cartographers responded with navigation charts that included coastlines, rivers, islands, and harbors. Compass lines and other navigation aids were added, and the first globes were made.

Sophisticated maps and globes were of great economic, military, and diplomatic value and were often treated as national or commercial secrets.

Since the late 1990s, satellites have played an increasingly important role in cartography—satellite image power services such as Google Maps and many others.

Nowadays, the Global Positioning System (or GPS) is built into every smartphone and new car.

GPS works through a network of 31 satellites orbiting the Earth. These satellites constantly transmit information about their position and the current time.

With the signals from at least three satellites, your GPS receiver can calculate your exact location using a process called trilateration.

The problem is that the GPS is unencrypted and has no authentication features. That means bad actors can easily spoof the signals to provide false information… or jam them to prevent reception.

Besides the security downsides, GPS is also battery-intensive, can take a long time to acquire a signal, and doesn’t work well indoors or when high-rise buildings surround you.
And consider this…

In other words, whoever controls the map still defines what we know about the world… and how we navigate it.

The project I’ll tell you about today is working to change that.

This protocol, or system of rules, is still in its infancy. But I believe it could become the new standard for location data in the Blockchain Ecosystem.

Location data will be a crucial service in the Blockchain Ecosystem. In fact, it will become part of its fundamental infrastructure.

If it’s successful in becoming the new standard for location data in the Blockchain Ecosystem like I believe it will, the sky is the limit for the price of its tokens… and the gains for early investors.

But before I tell you what this project is, let’s take a closer look at the history of maps… and see why today’s project is so revolutionary…

Maps and location data are fundamental for modern society.

Like mining, aviation, agriculture, surveying, shipping, and logistics , entire industries depend on GPS. Even trades on the New York Stock Exchange or electricity distribution over the power grid rely on the GPS signal’s timestamps.

But maps weren’t always so accurate.

The first maps made using accurate surveying techniques are Babylonian clay tablets from around 4,300 years ago. And they look like this…

The first real leap in map-making came from ancient Greece. By the time of Aristotle around 2,370 years ago, it was well-known that the Earth is a globe.

The historic book Guide to Geography by Claudius Ptolemaeus became a reference on world geography until the Renaissance. (Ptolemaeus, better known as Ptolemy, was the most influential Greek astronomer and geographer of his time.)

The invention of the printing press in the 1400s made maps much more widely available.

And in 1540, German cartographer Sebastian Münster published Geographia Universalis. It set the new global standard for maps of the world.

This was also the Age of Exploration I mentioned earlier. New technologies and ideas growing out of the Renaissance included advances in cartography, navigation, and shipbuilding.

With the evolution of scientific methods after the Renaissance, maps became increasingly more accurate. Many countries started national mapping programs between the 17th and 19th centuries, generating vast amounts of new data.

Yet, there were still a lot of black spots on the world map. Big stretches of the world remained poorly known.

That changed following World War I when aerial photography became widely used. Airplanes made it possible to photograph large areas at a time.

And in the 1970s and ’80s, early computer technology enabled a paradigm shift.

Traditional paper maps were both the database and the display of geographic information.

Digitization gave rise to Geographic Information Systems (GIS). For the first time, GIS allowed for the separation of the database, analysis, and geographic data display.

Since then, computers have been used to store, sort, and arrange data for mapping.

Thanks to this (and the invention of smartphones), we can now take accurate maps with real-time data almost anywhere we go.

But like I mentioned earlier, modern maps still have many limitations, ranging from security… to privacy… to centralized information control.

That’s why we are on the cusp of the next step in the evolution of maps.

We’re moving away from monolithic, centralized services such as Google Maps and GPS… to an independent, permissionless, and censorship-resistant protocol based on a blockchain.

A Decentralized Map of the World

FOAM (FOAM) is a decentralized protocol for secure proof of location on the blockchain. It combines geospatial data with the Blockchain Ecosystem.

And for reasons we’ll get to in a moment, it offers tools and applications that are more secure and reliable than conventional technologies.

Like I mentioned earlier, maps and addressing systems are important for a functioning society and in commerce.

In the past, maps were usually created by governments. Nowadays we have centralized entities such as Google in control of our maps.

This system has a lot of flaws. Updates can be slow, they are prone to human errors and they suffer from deliberate censorship.

FOAM understands this. So unlike one big company having sole control over the map, FOAM is decentralizing control. It is empowering users to build a map of the world, driven by consensus.

One of the core ideas behind FOAM is that users should own their personal location information. And they should control when and with whom to share this data.

This is impossible in a centralized system — like the one controlled in large part by Google. So FOAM is turning to the blockchain.

As we already know, Blockchain Ecosystem provides secure peer-to-peer transactions of data and money without the need for middlemen.

The Blockchain Ecosystem is emerging as the self-regulating infrastructure of the future. We are moving to a more decentralized, more automated, more supra-national economy.

And spatial information plays a crucial role in this.

Location-based services have changed how people move around and how products get to consumers.

Autonomous vehicles, efficient shipping and logistics, the Internet of Things, and many other services depend on location information.

But there are three main problems with existing location protocols that FOAM’s new technology solves. Let’s break them down.

1) Location Information in the Blockchain Ecosystem

Right now, there are no established standards for embedding locations in smart contracts. (Smart contracts are programs that execute transactions based on different conditions and inputs.)

Without such a standard, a modern economy that removes middlemen by using blockchains is not completely possible.

Many business models, applications, and services depend on location data.

For smart contracts to talk to each other, they need a shared language to reference and index the physical world.

Throughout history there have been many ways of describing a physical location. Examples include the postal system, longitude and latitude, a system called what3words, the Makaney Code, and the more recent geohash.

One of the main issues is that most of the Earth’s surface lacks an address. Seventy percent of the world is unaddressed… And that includes more than half of all urban developments.

You might be used to a working postal system and clearly defined street addresses. But this is not the case for most of the world.

So far, attempts to create a broadly accepted standard have failed because these systems are either proprietary (like in the case of Google), because they charge prohibitive licensing fees, or because they are open-source but lack financial incentives to gain traction.

A location standard for the Blockchain Ecosystem needs to be free and open-source. That way, offline locations can be securely linked to online assets.

In the technology section below we’ll take a closer look at how FOAM’s new location standard achieves exactly that.

There needs to be an easy way to visualize, analyze, and interact with the data. We need a new kind of map viewer that overlays geospatial data from the Blockchain Ecosystem on a map.

Think about supply chains, real estate, personal mobility, and location-based games. For all these, a custom map or visualization component is crucial.

Right now, a reliable and trusted location verification service simply doesn’t exist. There is no way to verify a location in blockchain-based smart contracts.

Consider the flaws I mentioned early on: GPS is unencrypted, battery-intensive, can be slow to pick up a signal, and doesn’t work well indoors or when you are surrounded by high-rise buildings.

All of this makes GPS a bad choice for when a smart contract needs to run autonomously based on location input.

The goal of proof of location is to achieve consensus on whether an event or object is at a certain location at a certain time, while avoiding the problems that come with GPS.

Let’s take a closer look at how FOAM’s technology aims to achieve this.

Read next parts of this article here,

Part-II of this article: FOAM: Map of World on Blockchain, How it works?

Part-III of this article: FOAM: Team, Tokenomics and Traction