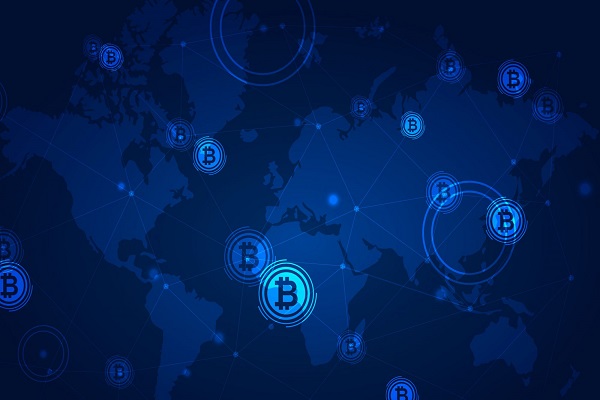 Blockchain is in its nascent stage of development; however, this relatively new technology has been touted to have the potential to disrupt business processes in various industries and financial institutions, as well as transform how their cross border payments and domestic financial transactions take place.

While it has become increasingly common in today’s globalised world for industries to send and receive goods internationally across borders, the payment systems, however, have not kept up with the corresponding changes in the nature of import and export trades, globally. It is still done through traditional bank mediated payment methods and cross border payments have been the bone of contention for many Industries globally.

Introduction to blockchain technologies and how they transform the international cross border payment systems.

Blockchain has been seeing exciting new developments for the last couple of years; it has the potential to become an integral part of the cross border payment networks. It has the potential to completely transform how businesses send and receive payments, and transact with each other on a global scale. Blockchain with its decentralized ledger system provides a solid foundation to build a cheaper, faster and more secure alternative payment network to the current traditional transaction system, which is plagued by inefficiencies, slow functionality and high costs associated with transferring money. Analysts estimate that Blockchain technologies have the capacity to add value to businesses to the tune of 176 billion dollars by 2025.

Sending International payments across borders through an established banking channel is a complex process involving multiple steps and multiple intermediaries which lead to increased costs in terms of services. The slow speed of transfer of funds and the inherent inefficiencies associated with the traditional banking system leads to delayed payments and subsequent losses to businesses. The process is tedious and takes a lot of time. There is no direct connection between transacting parties and there is no way in which parties associated with the transaction processes can trace them in real-time. Cross border payments also lack transparency and are quite opaque. The costs associated with traditional bank mediated transactions from one network to another is costly and involves service fees to multiple financial organisations and eventually cost the end users time money and lost productivity. There is also no standardization across global payment networks in terms of data transfer and this causes huge risks in terms of risk associated with hackers and data loss of users. Cross border transactions are also opaque and offer very little information to end-users about the traceability of their transactions.

How Blockchain Has The Potential To Simplify Traditional Cross Border Payment Systems:

Blockchain technologies can offer solutions to financial institutions and transacting parties such as businesses, they should possess an efficient payment system that reduces or entirely eliminates the need for intermediaries in the transaction process. Blockchain’s decentralised ledger system ensures that cross border transactions are secure and users do not have to worry about threats to data loss and hacking. Blockchain technology also reduces transaction fees paid to third parties and removing them altogether; this reduces the costs associated with cross border payments dramatically. Transacting parties only need to pay service charges associated with the solutions provider or as exchange fees, all of which is significantly lower than paying intermediaries. Banks and other financial institutions stand to save 40% in costs by using Blockchain technologies for transacting across borders.

Differences in time zones across borders and different currencies play a vital role, since it requires a remitter to transfer funds through regional payment systems, these systems also need to factor in other externalities such as domestic and international time zones. Blockchain technologies offer significant reduction in transaction times which are reduced to seconds.

Blockchain holds records for cross border transactions in a secure cryptographic ledger network where network participants have their own private keys assigned to them for every specific transaction which they make; these are encrypted using digital signatures as identifying features.

The Blockchain networks decentralized platform is shared across a peer-to-peer network and network participants get the same updated and sync version at any given time. This means that there is no single point of failure. The enormous computing power of blockchain that requires permission from 51% of users on the network to make any changes to the user data provides a robust security framework that is protected from hackers. Traditional financial institutions are prone to data hacks by criminal elements. Blockchain enables authorities to track criminal elements and it has made it easier to track stolen money.

Blockchain networks and payment solutions also increase the transparency levels in transactions, to such an extent that many analysts believe that blockchain-powered fintech systems have the capacity to eliminate traditional financial reporting compliances all together and pave the way for easier transactions, thus reducing and altogether eliminating present checks and balances required in cross border financial transactions which involve considerable resources in terms of compliance costs.