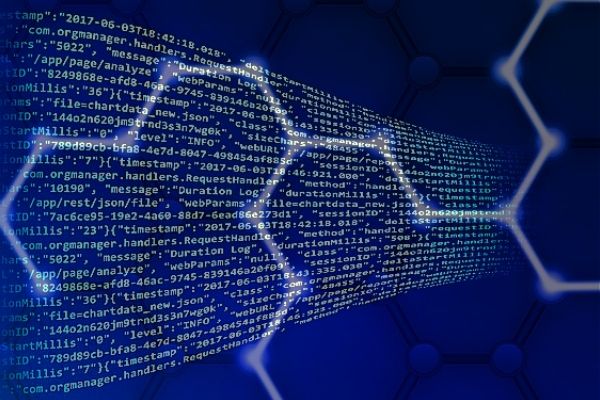 Ever wonder if there is an easier way to complete transactions without dealing with online wallets, banks, and third-party applications. Well, it is possible with blockchain. Here’s all you need to know about blockchain. But first, we need to understand what cryptocurrencies are.

Cryptocurrencies are a form of digital or virtual currency that runs on a technology known as the blockchain. Because of blockchain, cryptocurrencies are immune to counterfeiting, don’t require a central authority, and are protected by complex encryption algorithms. On the other hand, Blockchain is, as the name suggests, a series of blocks or digital ledger that holds information about transactions taking place over the web. Every block here contains data in the form of coding that is organized chronologically. So this is the simplest definition to understand what blockchain is.

First, let’s go through all the features of blockchain. This technology is a strong contender to be one of the most critical innovations soon. So this technology was first described by a group of researchers in 2008 and was originally meant to timestamp digital document to ensure that no one could tamper the data once it had passed through the server. So blockchain uses a decentralized structure to process the transactions. It created a peer-to-peer or distributed environment with immutability, and all this led to the most import advantages of using this technology, which is security. Let’s go through each of this in detail.

The Applications of Blockchain –

The applications of blockchain are diverse, and the most prominent one is its implementation in Bitcoin. Blockchain was initially conceptualized by Satoshi Nakamoto when he published a white for Bitcoin – a peer-to-peer electronic cash system. Ethereum is another blockchain explicitly designed for smart contracts – digital contracts that cannot be amended.

A compelling use case of blockchain is its implementation by e-commerce sites. The benefits of a transaction made using cryptocurrencies are several. First, the processes would be code, and hence, there will be no scope of making manual errors. Second, it would work on a consensus mechanism, eliminating the need to oversee tasks. Third, actions are taken on automatic triggers. Lastly, it makes the process faster and lowers the processing cost.

Although Blockchain sounds extremely revolutionary, the innovation was actually a mechanism aimed to bring the highest degree of accountability to all. It could eliminate human or machine errors, missed transactions or even unauthorized exchanges between trade participants. But most importantly, Blockchain guarantees the validity of a transaction by logging it in not only on a main ledger but an interconnected system of ledgers, the entirety of which is linked via a secure validation mechanism.