Artificial or Natural? Know Your Diamond in the Jewelry Consortium 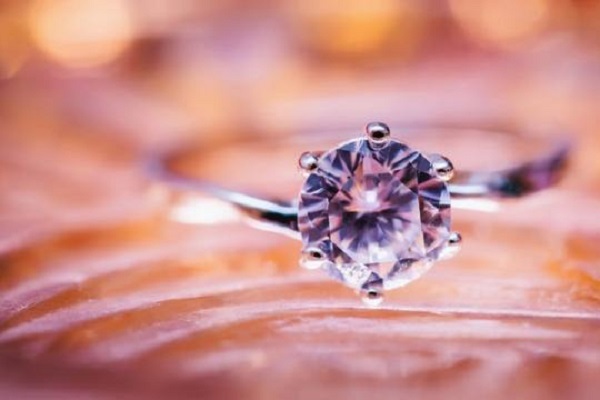 Synthetic diamonds are practically identical to naturally grown diamonds physically, optically, and chemically and are making a place for themselves in the diamond consortium. The carbon structure is the same, making it extremely difficult to tell them apart, not only by non-specialists but even by jewelers. They are detectable but only using specialized equipment.

This creates the issue of lab-grown diamonds been passed off as natural diamonds, which cannot be labeled fake (because these are diamonds after all, just simply created differently), are definitely what the buyer pays for if they are expressly looking to purchase excavated diamonds. It’s reason enough to revoke companies’ credibility and diamond consortiums as a whole if a mishap of this sort is ever detected and has motivated prominent firms to send their stock for evaluation to make sure they are selling what they are saying they are.

A few of the questions that consider the gradual growth of the artificial diamond industry are this: how are these lab-grown diamonds different, how do they compare, and what are the advantages of buying a lab-grown diamond over a naturally created one.

The advantages are that they are cheaper, sometimes by even 40%, depending on the diamond. Unlike CZ or cubic zirconia (the cubic crystalline form of zirconium dioxide) or moissanite, which are some of the standard threats to the diamond industry, these are actual diamonds, so that’s a plus. The other thing that is often called a selling point. Is the fact that you have a guaranteed origin, therefore less of a chance of circulating blood diamonds. And, although there is some debate over this, they are also considered eco-friendly.

Those are some of the marketing strategies these companies are going for – calling them environmentally friendly and guaranteed conflict-free. But is this actually gaining traction in terms of appealing to people, or is the market swayed by the notion that if you want something that lasts forever, as symbolic of love – the way De Beers has pushed that campaign for years and years – it has to take forever to be created.

It depends on the consumers, finally. Right now, there is a limited supply of lab-grown diamonds out there, so you can’t even find that many. The younger consumers are a lot concerned about these issues than perhaps the baby boomers and gen Xers. The other thing is that the natural diamond industry has a case to make for itself; some natural diamonds do impact the image of the country where they were mined. In a way, it’s not as black and white. Millennials are a natural constituency for these because they did not grow up with the classic De Beers “diamond is forever” campaign. For a lot of them, the association is with the Hollywood movie “Blood Diamond.” They are more socially conscious and more economically challenged.

Does this dilute the value of diamonds as a whole? Perhaps not. What is being noted is that not many new diamond mines are coming up. Eventually, the natural diamond reserve will become scarce, and possibly artificial diamonds can fill up some of the voids then.

While the traditional mining companies have not reacted well to artificial diamonds’ acceptability, the interesting thing is that De Beers actually has a subsidiary that makes synthetic diamonds. They make them for industrial purposes, but there’s always been a lot of speculation there if this becomes a big market, they could eventually jump into it. So, De Beers is already poised to get into the game. The advent of artificial diamonds reminds one of the cultured pearls of Mikimoto that initially were rejected but now have become even more coveted, one would argue. The point remains: one can expect to see more lab-grown diamonds making their way into jewelry boxes. The problem arises if it does so without the knowledge of the wearer. This is where the traceability of precious gems comes into play.** **Diamond consortiums such as Diamante have been created with the express aim to bring transparency and reliability to the diamond industry. It operates on a decentralized, immutable, and publicly accessible blockchain network and invites data input from every consortium participant. These participants could be anyone who makes up any part of this industry – miner, manufacturer, polisher, jeweler, or end customer. Knowing where your diamond came from (as the blockchain network would keep a record of its point of origin) would remove any scope of confusion. For a long time, only one kind of diamond knew there are two kinds of Diamonds natural and lab-created. The United States remains the biggest market for diamonds and could become the first big spot for the trade-in artificial diamonds.