Benefits For The Creative Industry From Blockchain Technology 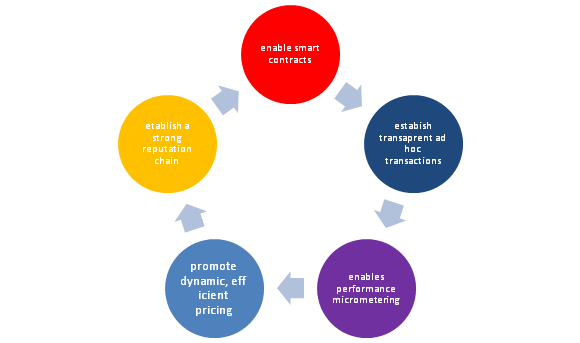 Although, blockchain influenced the most dominating segments of the industry, its wide area of competence has strong hopes for the creative industry. Blockchain in itself is a very robust and fair platform that guarantees extreme end-user satisfaction and security. Along with it, it also offers a very flexible network that can be accessed from any part of the world at any moment! Blockchain does not have the risk of single-point failures since it does not follow a single sever multiple user architecture. Apart from these basics, blockchain has a lot of potentials which would be discussed further in this article.

This discussion has been enriched with a survey involving around 800 executives. Among this set of respondents, 58 percent of the respondents believe that upto 10 percent of the world’s GDP will be stored using blockchain technology.

The entire framework of blockchain technology has several features which would be of tremendous advantage for the creative industry in particular. Let us discuss some of these benefits in details below:

Artist rights in the creative industry have often been a matter of serious concern and disputes in certain cases. Artists always complain that they receive a very small portion as cut compared to the amount of money generated by the promoters and the broadcasting partners.

Benefit 2: This system offers very transparent one-to-one transactions between the artists and the broadcast hosting companies. There cannot be a single instance when the participating parties would be able to raise a dispute regarding a transaction since blockchain transactions are immutable. Timestamps and decentralized ledgers offer maximum protection against frauds with digital tokens which carry a hash of the previous transaction. Blockchain can offer one of the most robust platforms to

Benefit 3: Blockchain would establish an efficient and dynamic pricing model. The tracking system of blockchain is very transparent and leaves no room for content mispricing. Often, artists complain that their content is not being fairly priced. Artists can control prices especially when they feel the risk of being underrated for certain events.

Benefit 4: The concept of micro-metering is very unique and a revolutionary way to price content usage. Through micro-metering, one can always measure the smallest unit of usable content in the form of a movie file, a sound clip or any other form of digital content.

Benefit 5: Last, but not the least; blockchain establishes a very strong trust system among the users. Blockchain is one of the most reliable platforms for the extraordinary league of artists. They deserve the best appreciation for their arts and should be duly remunerated for their efforts as well. Along with fair pricing and a capacity to manage their rights, the artists will have the support of a robust technological platform as a backing to micromanage their day to activities.