The Cut of a Diamond Determines its Value 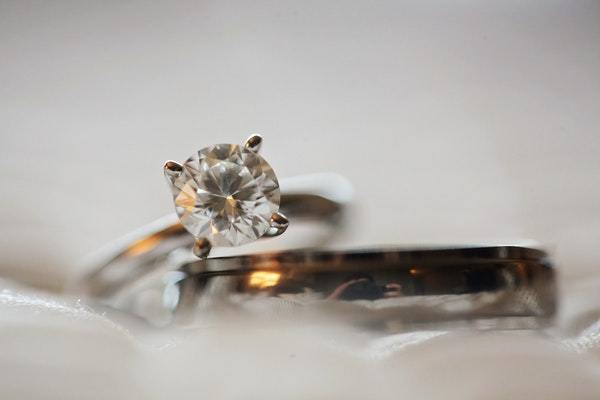 A lot of rough diamond is lost during the polishing process. The stone can be made deeper by making the stone’s bottom, called the pavilion, steeper to make the stone heavier. This allows more weight to be retained in the polished diamonds. However, because the angle is not correct, it can negatively affect the diamond’s appearance because the light is not reflected in the eye. This is called light leakage. In this case, the light reflects out through the stone’s sides, robbing it of the flashes of light diamonds throw when in an adequately lit area. Neither are deep cut diamonds costly.

In some cases, a diamond can be made too shallow. This means that the angles are not optimal light leaks through the bottom of the stone, costing the diamond its brilliance. Its desirability lies in the fact that for a low price, one can get a wider diamond. However, it will not reflect light how it should make the diamond stand out and appears dull.

The depth of a diamond can be said to be “ideal” when light entering it refracts against its various facets and return the way it came in, radiating a brilliance that makes the gem stand out.

The cut grade gives you a good starting point guide, but it’s worth knowing that each grade involves a range of quality. So two diamonds, which, for example, both have an excellent cut, will often have different optical performance levels.

Round brilliant diamond is given a cut grade by the major grading labs like GIA IGI and HRD. These grades are poor, fair, good, very good, and excellent, and are determined by the depth percentage, which is the ratio between a diamond’s measured depth and diameter.

However, to understand the full significance of the cut of a diamond, there are some other factors to look into as well, starting with:

The table in a diamond indicates the top flat surface of the gem, forming its largest facet. There is no standard measurement to this, as different diamond shape requires its own table percentage for optimum brilliance. If the top surface is too wide, it will overwhelm the structure of the diamond. On the flip side, a too small table will prevent enough light from entering the stone for refraction, giving it a dull appearance.

Just below the diamond table lies the crown, identified by its many facets chiseled expressly to capture light rays. Gemological labs measure the crown gauging its height and the angle of its cut. Its angle should not be too steep and must be well proportioned to the table and the very bottom of the diamond, also known as the culet.

It is the cone-shaped pavilion that starts from just below the diamond’s girdle, responsible for the brilliance of a diamond. This level, too, is characterized by numerous meticulously cut facets, which sharply reflect within the stone’s internal structure. Since the pavilion depth is crucial in determining the cut grade of a diamond, is it important that it not be too deep or too shallow to compromise the quality of the diamond?

A diamond is valued for its meticulously cut sides, minutely measured angles, and perfect polish, which will furnish the stone with an unparalleled appearance. It only follows that another visual requirement – that of symmetry – be fulfilled to achieve this. The depth of the diamond and its overall length and width are considered about one another while making a gradation. Cuts like heart, marquise, pear, and oval shapes are likely to be confused for another if the symmetry is awry, costing its identifying trait in the market.

Need for a specialized ledger for the array of diamonds

No diamond manufacturer or gemological lab produces and grades just one or two types of diamonds. The volume of stones graded and cut by these units is massive, and it is of great importance to keep a record of all the stones that have gone under their hands. The need for this ranges from economizing on time spent on logistics to keeping the liability of being indicted for a diamond-related crime later.

Blockchain has become the favored technology to design a decentralized, immutable, and distributed ledger for maintaining records of valuable items, especially when it undergoes a change in ownership or locations for different stages of processing.  Diamond consortiums increase, including the participation and inputs from such cutters, polishers, and grading labs. Some diamond consortiums like Diamante offer native assets for trading to offer an added incentive to participating in a sophisticated system to bring accountability and better operation of logistics in the industry.