The Diamond Industry Gets A Boost In Liquidity With Blockchain 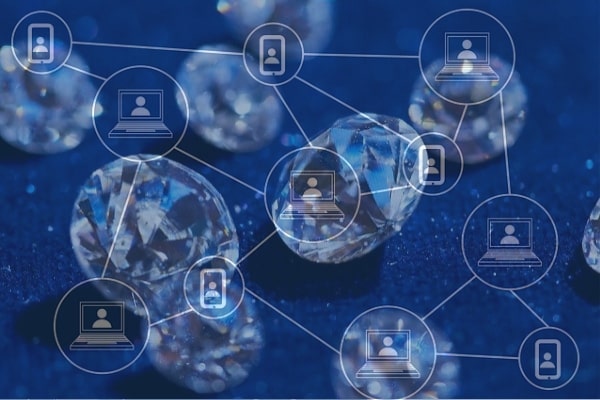 The diamond market, despite its vastness and intricacy, can be described as relatively static and inflexible. It still operates on a system that hasn’t changed in over a hundred years, and it faces an additional problem that other investable assets, such as oil or gold, don’t face. That is a lack of fungibility.  This makes the centuries-old diamond market ripe for disruption, which can be readily brought about by blockchain implementation.

Diamonds lack standardization because each diamond is unique, and one carat of a diamond is not equal to another carat. This contrasts with the valuation system of precious metals like gold or silver, which are measured in grams, and one gram is equal to the other. A diamond’s worth is measured by a combination of factors encapsulated in the four Cs – cut, clarity, color, and carat, making it impossible to set a universal yardstick for the gemstones. Trading diamonds is rendered even more complex because transferring those mandates stringent security and transparency.

This complexity can be altered by blockchain by tokenizing “real world” assets, making them more divisible, liquid, and traceable. This is done by creating digital counterparts of registered diamonds on a blockchain. The Non-fungibility of diamonds is compounded with diamond markets not being transparent. It is difficult for a common man, who isn’t an expert in diamonds, to determine the true value of a diamond. In a tokenized form, a diamond can be traced throughout its journey in the supply chain, and this not only reduces overhead costs but effectively cuts down fraud.

In the absence of blockchain and tokenization, liquidity is lacking in the diamond trade. Customers receive it in exchange for money in a one-sided transaction and end in a loss if this consumer tries to resell it. They don’t get a fair price for their ware and often incur a roughly 30 – 50% loss. Creating a traceable digital counterpart of a physical asset makes the market efficient and transparent, enhancing its appeal to customers who want to resell their diamonds for a fair price.

The diamond industry is opaque –  a trait that is slowly turning with the power of blockchain. It helps almost instantaneously to authenticate the apparent high value of any luxury item. Any member of a diamond blockchain network can track the provenance of a diamond. The ledger is spread across a wide network of nodes or computers accessible to every member of the blockchain network, making it easy to predict future market performances.