Computing will become photonic and quantum and data storage will be in DNA: TechnoCast with Harold Kinet

Pubslished by Administrator on March 15, 2022

Formerly a journalist in the defense & security sector and then a marketing manager in the theme park sector, Harold Kinet has a rich international background. It was in 2017, he fully embarked on the blockchain and web3 sector, first as a consultant and then head of communications at Daneel.io, a French startup that raised $2M in ICO in early 2018 for the development of an AI capable of creating new market indicators for traders on crypto markets. From Paris, station F, and the first European blockchain project incubator Chain Accelerator, Harold gained a lot of experience in a short period of time before coming back to Belgium to create Be Blockchain SRL, a blockchain consulting and development company. They quickly became a key player in Belgium and the logical next step was the launch of WalChain, the official business network of the Walloon region that brings together government, universities, clusters, and private players. Considered as “Mr. Blockchain” in Wallonia, He is also a columnist on LN24 (continuous news channel) and solicited for many conferences and workshops (including the European Interreg programme). 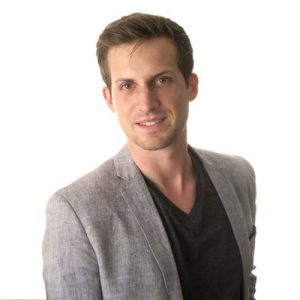 “With the traditional Internet, any file can be copied. But with blockchain, we make a piece of information or a value unique.” I am sure blockchain is one of the amazing things that happened to the world. But do you think there are no flaws and cons with this disruptive technology at all?

Of course, as a young technology, there are still milestones to complete. First of all, the so-called web3 is still very difficult to handle from the everyday people (private and public key management, gas fees payments…). The freedom offered by the web3 comes at a cost: that of being responsible for your data and your money. Because if the user loses his private key, it is no longer possible to access his data or (crypto) money. It is estimated that 1.6M bitcoins have been lost forever due to the loss of the private key.

Another observation is that current blockchains are pseudonymous and not anonymous. This means that if you know the public address of one of your friends, you will know his past and future activity by tracking all his movements via the block explorer. But solutions already exist (Zero Knowledge Proof) that should become a standard in the new generations of blockchain.

Tell us one of the best blockchain use cases to date and what do you think is going to be the biggest trend in the blockchain world for 2022?

The best blockchain use case is of course our project, d-event.io! Which is a trustless platform for the management of cashless and ticketing for the event industry and beyond. D-event is a local and collaborative payment ecosystem allowing users to manage a secure online wallet. The user can also buy tickets and NFTs, exchange them with friends, pay for drinks on the spot, and do more. In short, the goal of d-event is to have a single app to manage all purchases in the event, culture, and tourism sectors.

With d-event, everything is done transparently and securely on a decentralized peer-to-peer network. This means that everyone can participate in maintaining the network by validating transactions. No more cheating is possible because it has become impossible to change the transaction history without the agreement of all peers in the network. This makes everyone in the ecosystem, from the festival-goer to the organizer and its suppliers, financially independent.

Our system support also smart contracts allow revenue sharing and conditional payments automation between stakeholders. For example, a festival that does not have enough cash to pay its headliner will offer the artist to recover a % in real-time on the tickets sold.

Following my previous comment about the blockchain’s lack of user-friendliness, our solution is client-oriented and allows him to use blockchain without even knowing it. We created our own blockchain-based Hyperledger framework but in a very decentralized mindset as we are replacing the black box (a device to record all operations of an approved cash register to allow the Belgian tax authorities to control bars, restaurants, and by 2025 all types of businesses). Indeed a blockchain is a « black box » by design where all data is immutable.

Apart from d-event, I think the big trends to come will be related to new generations of blockchain that are not only ecological (in proof-of-stake) but also anonymous (integrating the ZK protocol). The ZK or zero knowledge proof protocol is a process allowing to validate information without revealing its nature. For example, the blockchain could validate whether a buyer in d-event is of age and can therefore buy alcohol without disclosing his date of birth. Otherwise, Metaverses and gaming should continue to rise, however, the hyped projects should die.

As an entrepreneur, you have a clear vision of moving in the right direction to improve the oars. If you have to distinguish yourself from the other entrepreneurs, what’s the one thing that comes to your mind first?

Our client-oriented and pragmatic approach is by creating solutions with real impact and ease of use that target mass adoption. My job is web3, my hobby is web3 and in my free time, I read web3! I’m passionate about the topic.

“Today” is more than computers or phones around. There is digitization with large pieces of data and cloud storage. Par excellence! What do you think about “Tomorrow”? How do you think our “Today” is shaping the “Tomorrow”.

I think that, given the progress curve of our society, the future will be more and more difficult to grasp. We can already see it today, we are experiencing a lot of technological revolutions (AI, industry 4.0, Blockchain, CRISPR…) which tend to make institutions give way, as they evolve much more slowly. Society itself seems to evolve at different paces, between the hyper-connected and “the others”. That said, if we want to speculate, I would say that the future is about dematerialization and ecology.

Computing will become photonic and quantum and data storage will be in DNA. Did you know that we could store all the data on the internet in a shoebox if we could use DNA as a digital storage medium? The technology is still largely immature but things are moving fast!

As far as communication is concerned, I think we are entering a new quantum era where cables and waves will be old news. Thanks to quantum entanglement, we can communicate information from one place to another without any medium. Two entangled particles will be able to communicate with each other because if you change the state of one, the other will also change its state, so there is “transfer” or rather “teleportation” of information between 2 points. The subject is extremely complex and I don’t claim to be an expert, far from it, but it is very exciting!

If you had a chance to change one thing across the internet, what would it be?

Good question. I wouldn’t change anything on the internet and rather in human nature. But let’s try the exercise. Of course, as a web3 adept, I would say that I would change the centralized nature of the internet. I’m not only speaking about the GAFAM but also the whole infrastructure. Yes, because the internet works with wires which cross the oceans. And these wires are controlled by very few private companies between wires owners such as Orange Marine in France and services dispensers such as Cogent or Lumen Technologies which just disconnected Russia from the rest of the world. As a web3 expert, I don’t like single points of failure. 😉

Well, rewinding to the beginning, tell us one of your best childhood memories?

The bird songs and the smell of freshly cut grass after mowing, haha! I was often in nature as a child, I know that it is threatened, it becomes nostalgic for many people and it’s a shame. It is necessary to reconnect with nature, but it is not always easy when you are passionate about the virtual. Fortunately, travel is there to cut it out from time to time. ^^

It’s a wrap-up: The future is getting closer and closer while at the same time being further and further away from our imagination. » I love that one! 🙂

By the way, if you would like to know more about Harold and his company, then feel free to drop by: