We Can Depend on Bitcoin’s Momentum to Usher in Web 3.0.: TechnoCast with Marshall Bennett

Pubslished by Administrator on July 20, 2022

Marshall Bennett currently works at the National Aeronautics & Space Administration’s (NASA) Small Business & Innovation Research (SBIR) Department. Also, an actor in Los Angeles, CA, he attended the University of Minnesota, Stanford University, and Georgetown University. He believes it’s important to live life to its full potential, explore and learn, and always express yourself. The following are his opinions and are not reflective of NASA or the U.S. government. 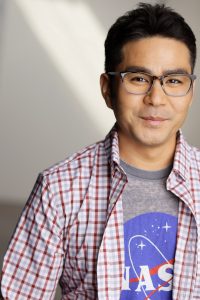 The world has been looking out for crypto! What do you think about the current move on crypto regulations?

I like thinking of crypto as the people’s currency and am enthusiastic about the opportunities it’ll continue to bring for many. At the same time, regulations are inevitable because crypto is emerging in an environment in which financial regulations exist. (This perspective is based on ecological succession – the process by which natural communities replace one another over time). While I understand that many crypto enthusiasts are against regulation, it’ll bring relatively more stability and a new phase of growth that many are anticipating. In general, the masses will have more trust that the government is involved and possibly be better protected, and traditional institutions will create new investment opportunities for the mainstream.

There’s pretty much volatility in the crypto space. Sometimes the market is at its high and, at times, falls to its lowest. But what do you think the next five years will look like in the crypto market?

With such a short history, it’s hard to clearly define what the next five years will look like. For example, five years ago, I don’t think anyone had anticipated the rise of meme coins, such as Dogecoin and Shiba Inu. For now, I’m anticipating the following.

“Bitcoin is a technological tour de force, said Bill Gates, and again he added its technology is the key.” So what’s ahead for Bitcoin, and how much can we depend on this exceptional digital creation?

In terms of value, the most significant factor we can depend on is its scarcity, and people love scarcity – think diamonds, gold, or an original Willie Mays baseball card. While mass adoption will grow, the supply of Bitcoin will not. So, during this period in 2022, I think it’s worth investing in what you can afford for the long term.

From a broader perspective, we can depend on Bitcoin’s momentum to usher in Web 3.0. Although a clear definition of Web 3.0 is still evolving, it will undoubtedly include decentralized apps, blockchain-based technologies, and the ability for consumers to have greater ownership of their personal data – instead of companies collecting it for free.

Well, do you think blockchain is yet to solve the world’s biggest problem yet? And if you have to talk about one of the best blockchain use cases, what would it be?

We certainly have a lot of challenges in this world. The best use case, though, that I’ve personally come across was when I met Stanford University Professor Bruce Cahan, who had the idea of leveraging satellites and the Ethereum blockchain to issue insurance remittances to refugees. Partly a concept of Banking 2.0, the point was to create a spacecraft not bound by governments, geographic jurisdictions, or traditional financial institutions to expeditiously aid refugees in starting a new life. Having an international relations background, I thought this was a great idea that intersected the industries of blockchain, space, banking and finance, and humanitarian aid & disaster relief.

If you have to name the top two wishes from your bucket list, then what’d they be?

“The greatest achievement of humanity is not its works of art, science, or technology, but the recognition of its own dysfunction, its own madness.”

“The internet is among the few things humans have built that they truly don’t understand. What began as a means of electronic information transmission has transformed into an omnipresent and endlessly multifaceted outlet for human energy and expression. It is a source for tremendous good and potentially dreadful evil, and we’re only just beginning to witness its impact on the world stage. The internet is the largest experiment involving anarchy in history.”

It’s a wrap-up: “There will be broader cryptocurrency adoption by institutions/mainstream companies, which will significantly change the crypto landscape.”