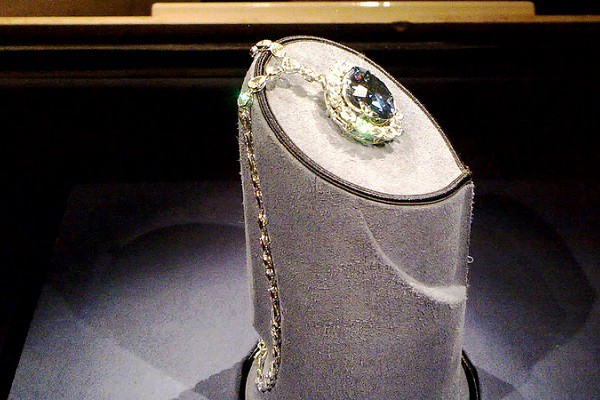 Although every diamond unearthed is unique, some stand out and earn a story of their own. Sometimes their weight is far more than average, and other times it’s their color or shape that gives it its value. Either way, they are scarce and always coveted by diamond lovers eager to outbid their competition. The resulting price tag is not surprisingly stratospheric.

Much to one’s dismay, this is why one often hears of low-quality replicas being sold as originals, whereas the original gem itself vanishes into obscurity. The wide scope for this to occur has made the need for enhanced traceability of precious objects imperative. A look at the following three world-famous diamonds will explain exactly how valuable a rare diamond can be.

The site where three world-famous diamonds were excavated — the Cullinan Diamond, the Centenary Diamond, and the Taylor-Burton Diamond.

The most famous diamond found in the mine is the Cullinan Diamond. It holds two records: first, it is the largest rough diamond ever found anywhere in the world to this day. It weighed 3106 carats in rough — big enough to fit in a fist. The second record it holds is that is it is the second-largest polished diamond in the world. Shaped like a teardrop, it weighs 530 carats.

The interesting part of its history is how it journeyed from South Africa to the united kingdom. The South Africans feared that someone would attempt to steal the diamond and therefore announced that it would travel in a secure safe box on a ship that would make its way from SA to the UK. In fact, it was sent by a diplomatic pouch and reached its destination, while in the ship’s safebox was an ordinary lump of coal. The Cullinan was split into three pieces. The two larger pieces were called the stars of Africa. The Cullinan was embedded in the British royal scepter and is displayed in the queen’s jewelry collection in the Tower of London.

Another diamond found at the Premier mine is the Centenary Diamond. It was a 599-carat rough diamond, and the final product was a diamond cut in the shape of a heart with 247 facets. Its color is the best a diamond can be — D. Its structure is perfect and has no internal or external deviations. Gabi Tolkowsky cut it. The centenary diamond is the fourth largest polished diamond, but its color class D is considered the largest polished diamond in the world.

The third famous diamond mined in the Premier mine is the Taylor-Burton diamond cut into a teardrop shape bringing it to a weight of 69 carats. Cartier purchased the diamond at a public sale for what was at that time a record price — USD 1 million. A few months later, Richard Burton purchased the diamond from Cartier for his wife, Elizabeth Taylor. After their divorce, it was again put up for auction. This time is fetched a price of 5 million, and Elizabeth Taylor donated the profits from the sale to establish a hospital in Botswana.

Blockchain can Ensure the Security of Precious Diamonds.

Similar to these three gems, several other immensely precious stones move from the ownership of one diamond enthusiast to another, and the process covers several auction houses, cutting, polishing, and certification centers. Some diamonds have been making the rounds for centuries, through generations.

Unfortunately, the lack of a reliable tracking system makes these highly concentrated reserves of wealth vulnerable to be misplaced and replaced by fakes. This may result in subsequent buyers shelling out a fortune of an item that is clearly not worth even a fraction of the market price. The diamond industry is actively turning to high-tech solutions to address this problem.

Diamond consortiums are being built using blockchain for this purpose, and initiatives like Diamante Blockchain provide a unified market for the industry. It also lends unparalleled transparency and reliability to the diamond supply chain. The blockchain platform has members from one end of the spectrum to the other. These include mining companies, shipping units, cutters, manufacturers, auction houses, right to the end customers.

The gems, in such a situation, is given an encrypted registration number or a hash. This unique identifier makes it impossible to switch the original diamond with a low-quality replacement. Moreover, any attempt to make an unauthorized change in the data cache will be immediately detected by the consortium members, thus preventing information tampering.